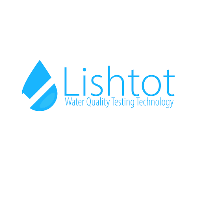 Lishtot's technology answer the question "to drink or not to drink?" in less than 4 seconds.

The Sensor works on the following principle: presence of contaminants, either general or in some embodiment’s specific bacteria or organic pesticides causes a differential electrical output in an electrical circuit. For example, clean tap water tested by Lishtot showed consistent outputs between +600 and +1000 Lishtot’s Safety Points; a similar water sample spiked with pathogenic E. coli at 1,000 cells per milliliter gave readings of 0 to -200 Lishtot Safety Points under similar testing conditions .

Lishtot technology has been successfully tested in and out of the lab several thousand experiments. The system has shown excellent reproducibility and the robustness required for testing under the most challenging conditions. As many who live in areas lacking dependable water resources boil their water, bacteria are not their major health concern. There are dozens of major pesticides used in Africa, China, India and in other countries and regions; while these specific chemicals will have to be tested for device calibration, preliminary results with several unique organic pesticides show that pesticides are easily detectable in otherwise clean water samples. Heavy metals such as mercury, cadmium and lead have been successfully identified at the ppb level with the same technology.

EASE OF USE
Many Lishtot embodiments require no user input whatsoever, as the systems are automatic in sampling, testing, data collection, and results determination.

LOW COST
Lishtot's technology is based on robust components that are inexpensive and readily available. There is no requirement for added reagents or special—and expensive—tracer molecules. Cost is pennies per test.

CONTAMINATION TYPES
Lishtot's technology detects heavy metals, pathogenic bacteria, and organic pesticides in water and is not affected by dirt or soil.