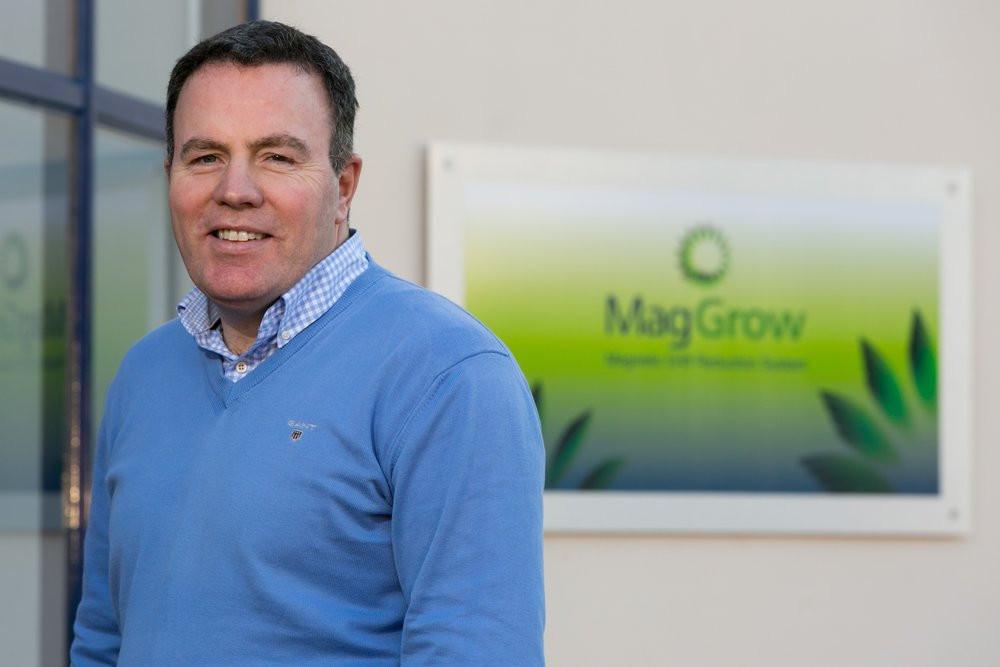 MAGGROW, the Dublin-based pioneering agricultural technology company has raised €6m in series A funding to hire new recruits and develop its patented crop spraying equipment for potential use in making irrigation, sanitisation and fruit and vine growing more efficient and environmentally sustainable.

European impact investment firm Astanor Ventures led the round, while WakeUp Capital, a Dublin-based impact investor made its first ever investment in the business. A number of existing investors also contributed.

MagGrow, which was spun out from UCD, plans to add up to 10 new employees to its existing 32-strong team, and the round brings its total amount of financing to date to €18m.

Co-founder Gary Wickham said that the firm, whose startup he funded initially with his credit card in 2013, has spent €10m to date on developing its unique, patented and award-winning technology.

It will now explore its use in combination with nanotechnology in irrigation, and is working on prototypes to apply it to sanitisation equipment, including that which is currently used in Covid-19 disinfection, for example.

Mr Wickham - a finalist in the EY Entrepreneur of the Year emerging entrepreneur category, who also co-founded serviced apartment firm StayCity, said that MagGrow will become profitable this year, although he declined to disclose sales figures. New markets such as Australia, New Zealand, Brazil, Ukraine, Canada and Mexico show strong potential, he said.

MagGrow uses magnetic technology to spray crops more precisely, producing higher crop yields, and reducing water and pesticide use. Without it, up to 70pc of costly pesticide does not hit the targeted crop or weed.

Typically its equipment is incorporated into a boom fitted to tractors or larger machinery, and the global market for retrofitting these is worth up to €12bn, with about €2bn being spent on new sprayers every year, Mr Wickham said.

"Ambitious targets of a 50pc reduction in pesticide use have been set across the EU. Its farmer-friendly hardware increases coverage, and significantly reduces drift, and the impact pesticides have on our water, soil, and the food we eat.

"Governments and consumers alike are looking for innovative solutions which lessen the impact agriculture has on our environment."

The business has partnered with Trinity College's AMBER Centre for Advanced Materials and Bioengineering Research, where it will collaborate on fundamental research. It is also opening a new research facility in Gloucestershire, England later this month.