Gentlewasher, a hand-operated washing machine which requires no electricity, is manufactured by a startup called Monono, works without any electricity and uses minimum water.

Washing machines for clothes require ample water and electricity, both of which are often in short supply in many Indian households. An Indian startup based in Ahmedabad wants to solve the problem with a non-electronic washing machine.

The project was initiated in 2014 by Kathak Mehta and his partner Coen Vermeer, a Dutch businessman based in India. Monono has been funded by investors based in The Netherlands.

"We worked on several prototypes before making our patented drum design final," said Mehta. "It took us a good bit of time to minimise the water usage as well. It is also hard to get funding for a hardware startup in India."

The product comes with an optional outlet to fill water into the drum. 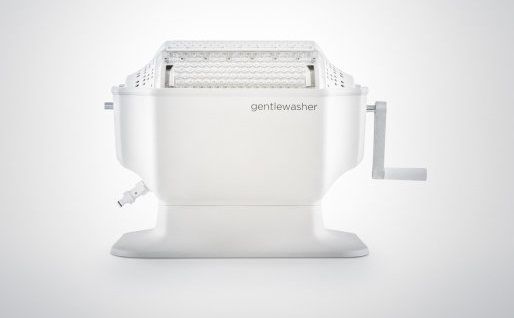 According to Monono, a single Gentlewasher wash cycle takes a mere 2 minutes, with an additional 2 minutes for the rinse cycle. Total water usage over the two cycles is about 18 litres. The drum can carry 8-12 articles of clothing depending on their size. The hand-operated washing machine is ideal for those not keen on machine washing their clothes; it is also ideal for people living in hostels.

"The gentlewasher is also a favourite among students living in hostel who have their own laundry struggle, sometimes because hostels do not allow to keep a washing machine or for reasons otherwise," Mehta explains. "Also in most cases, giving your entire laundry to dhobi is an expensive affair. And, then, washing by self is a lengthy cumbersome process."

Mehta said that they had mulled over introducing their own special detergent but then decided to design the machine in a way that it could use existing detergent brands. Gentlewasher uses half a tablespoon of detergent for a single wash.